Ozarks Mountain Country | It Grows On You! 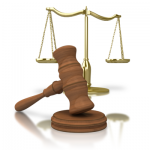 Bank Notes came into being several years before the actual publication when Keith Giammanco made the extremely unwise decision to steal what he wanted from others without thought about that loss. That decision has been worried to pieces in the media and on reviews. Giammanco doesn’t defend his decision, although he does softly excuse it because of his perceived needs at the time. The catalyst decision is no longer an issue because the courts have decided a punishment plan and as the book says, Giammanco is serving a lengthy sentence in a Missouri Penitentiary. The expansion of that sentence through further charges locally after the federal charges had been answered are the subject of controversy throughout the book. Does the second prosecution violate double jeopardy conviction? I am not a legal expert; not conversant in the manipulations available to prosecutors which may not meet fairness measures, but aren’t illegal. It is a head scratcher as to the necessity of the second prosecution after the Federal courts had handed out a lengthy sentence. While the crime was despicable, it was non-violent and there had not been previous criminal issues.

The book ‘gently’ discusses the prison environment from inmate society to administration. This book is not about the inmate society except for the parts where Keith and Caroline are at various times at risk. There seemed to be more times when Caroline’s safety was more at risk from administration than inmates.

There is a mission involved in the story of Bank Notes. At first reading, one might think the mission is to get Keith out of prison, together with family and on with life. I’m sure this is one of the missions of the team, but exposing the sloppy and corrupt prison system is a greater mission. The conditions of the last encounter where Keith is moved to a different facility, but he and Caroline are denied visitation priveleges would seem to have personal motivations…”punish these people for getting together and speaking out” with a goal of separating them. As an observer/friend, i see this petty decision as having the opposite effect. Their connection is not infatuation, but more mature and solid. Being physically separated only brings them closer and more dedicated to the mission of reform. 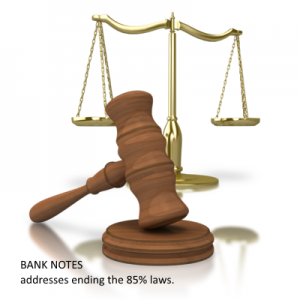 has been criticized as being too sympathetic with Keith Giammanco’s actions. To that I say, “So what.” He admits he made extremely stupid choices and accepts the punishment meted out, even that which seems quite unfair. He’s used the time to make life better for others in the inmate community by helping with education. Part of the reform mission involves giving inmates different tools to use when they are back in society…tools that can help them become contributing members of the outside community where they have family who need them.

One thing about Missouri — it isn’t very good at being sneaky, invisible crooked. Those things happen right up front where they can possibly be addressed and see some rehabilitation such as that we might desire for prisoners. As the Giammanco family takes a stand about the flaws in the prison system, their intent isn’t to embarrass individuals, but to have a system that builds rehabilitation rather than mirroring criminality.

Author, Caroline Giammanco, is a contributor to Ozarks Mystique, an Ozarks native and blogger at BoonieHatBandit.com. And a friend of mine who crochets, teaches and enjoys puppies. The cause around the need for reformation in the Missouri prison system is being addressed through efforts at End85.com. There are other efforts out there, I am sure, but this is the one with which I am most familiar. The group moving through End 85% Law addresses the issues of government money (‘government’ translation = you and me) distributed to states for increased incarceration. This has become another bureaucratic albatross, abandoned even by the ones who developed it. They now say “Error — it costs too much.” Missouri has yet to join other states in abolishing the 85% minimum sentences served before being eligible to meet with the parole board.

The Find Print: Shortly an email will be in your box asking you to confirm. Please do that. We cannot add you without confirmation.

AMAZON ASSOCIATE DISCLOSURE As an Amazon Associate, I earn from qualifying purchases